The reviewer appreciated the extra height and width of the lift, as well as the weight capacity. 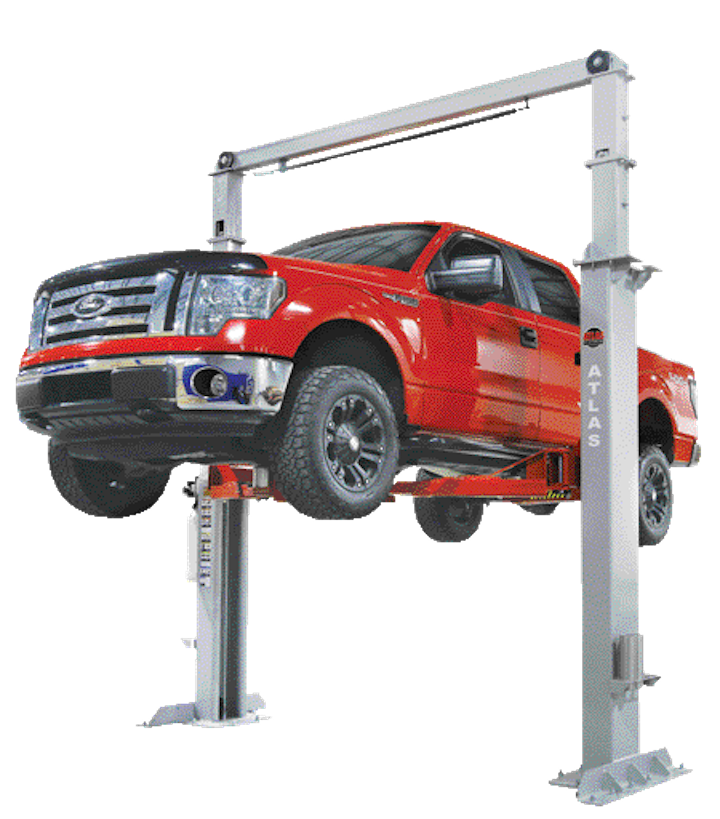 For shop owners looking for safe, easy-to-use lifts that are also affordable, research is a necessity. Shop owner James Lyman of Lyman Automotive in Midlothian, Virginia, did quite a bit of research before he found the lift that met his requirements: the Atlas Platinum PVL-12.

“I bought Atlas lifts in the past and was always happy with them,” Lyman says. “The price point is good, as well.”

Lyman recently opened a second shop in Powhatan, Virginia, where he has installed the Atlas Platinum PVL-12, along with another Atlas lift.

He and his team of technicians especially like the weight capacity of 12,000 lbs, the extra distance between the two columns, and the added lift height. At his shop in Midlothian, Lyman has lifts that have a 9,000-lb. capacity, but when he opened his second shop location he wanted lifts with higher weight capacity. So, he purchased one that has a 10,000-lb capacity as well as the two-post, overhead Platinum PVL-12.

Having the extra capacity comes in handy.

The same goes for the additional height.

“If you had, let’s say, a truck with a ladder rack on it, with a normal lift you wouldn’t be able to pick it up,” Lyman says. “But with [the Atlas Platinum PVL-12], because it’s extra tall, you don’t have a problem lifting it and getting underneath it.”

Other key features that Lyman noted about the Platinum PVL-12 is that it’s very easy to use and easy to maintain. The Atlas lift is powered by a 220V motor. It takes about two minutes for a vehicle to get set up on the lift and then raised, and less than a minute for the lift to lower the vehicle back down, Lyman says.

As for initial setup of the lift, Lyman said it didn’t take any more than other comparable lifts to install. The lift included instructions, but Lyman was not impressed with them, noting they could be improved.

The lift also came with truck adapters which Lyman and his team have used, and he says they work very well.

Lyman noted that while the lift’s large, fully adjustable arms are ideal for lifting trucks and SUVs, “it’s sometimes hard to get small cars on the lift because the arms are so large.”

Overall, his research paid off. Lyman is very pleased with his purchase for the new shop. The 12,000-lb weight capacity, along with the additional height and width were top features that sold this reviewer.

The Atlas Platinum PVL-12 is an ALI certified overhead 12,000-lb capacity two-post lift designed to accommodate both long wheel base trucks and passenger cars. The distance between the symmetrical columns is almost 123" with a drive through space of over 108". The lift features an Ally Hydraulic AL3500 Power Unit, three-stage front and rear arms, professional grade arm lock restraint system, and a single point lock release. It includes a truck adapter set and mounting hardware. The lift has a five-year structural warranty and the power unit has a two-year limited warranty. 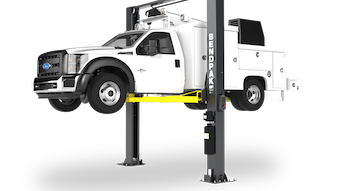 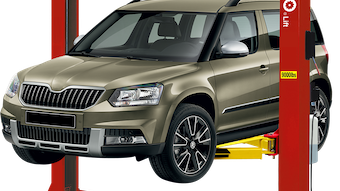 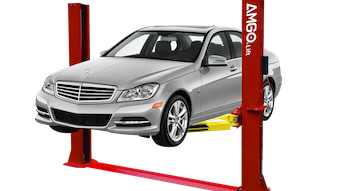 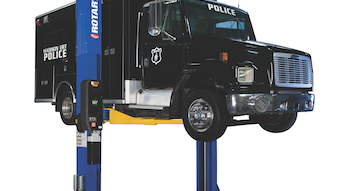 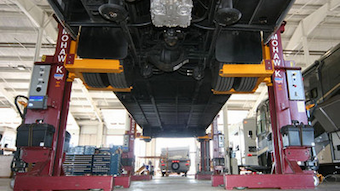 Tips to help fleets choose the right heavy duty lift, use it correctly and maintain it properly.
Gregg Wartgow
Apr 5, 2019 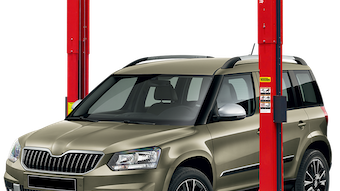 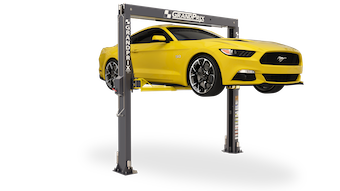 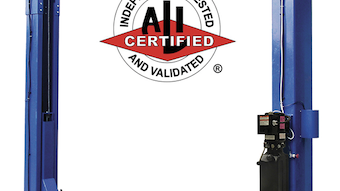 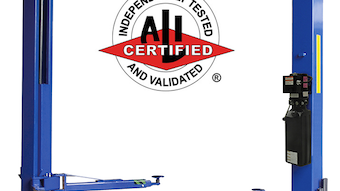 Investing in one or more lifts is one of the biggest decisions a shop owner will make, because lifts are not only a significant budget expenditure, but they must yield a positive return on investment.
Forward Lift
Jun 13, 2018

There are a number of factors to consider when selecting the appropriate two-post lift for your shop.
Steve Perlstein
Jun 12, 2018