Ask the Expert: When it comes to LED lighting, what is the difference between COB and SMD?

LED lights are highly popular mainly because they can last for about 25 times longer than traditional incandescent lights and use less energy.

Question: When it comes to LED lighting, what is the difference between COB and SMD?

LED lights are constantly improved to bring about better use, greater versatility and more efficient use of power. The different models of LED lights are highly popular compared to traditional incandescent lights, mainly because they can last for about 25 times longer with less energy use.

LED lights come in a variety of models. Start comparing COB vs SMD LED Lights, or before you look at the difference between LED light COB and SMD.

You can choose between SMD vs COB types, for example, depending on your needs for energy efficiency and versatility. The COB vs SMD LED Lights differ in terms of their features and semiconductors.

SMD, or “Surface Mounted Device” LEDs, are the most common LEDs in the market. The LED chip is permanently fused to a printed circuit board, and it’s highly popular due to its versatility. You can find it in light bulbs and string lights, and even in the notification light on your mobile phone.

The SMD LED chips come in a variety of sizes. SMD LED can accommodate chips with complicated designs, like the SMD 5050, which is 5mm wide. The SMD 3528, on the other hand, are 3.5mm wide. The SMD chips are small, almost close to the design of the flat, square computer chip.

One of the distinct features of SMD LED chips is the number of contacts and diodes they have.

SMD LED chips can have more than just two contacts (which makes it different from the classic DIP LED). There can be up to three diodes on a single chip, with each diode having an individual circuit. Each circuit would have one cathode and one anode, leading to two, four, or six contacts in a chip.

This configuration is the reason why SMD chips are more versatile compared to COB. The chip can include a red, green, and blue diode. With these three diodes, you can already create virtually any color simply by adjusting the output level.

SMD chips are also known to be bright. They can produce 50 to 100 lm per watt.

One of the most recent developments in LED is COB or “Chip on Board” technology, which is a step forward for more efficient energy use. Like the SMD, COB chips also have multiple diodes on the same surface. But the difference between LED light COB and SMD is that COB LEDs have more diodes.

COB chips typically have nine or more diodes. COB chips also only have one circuit and two contacts, regardless of the number of the diodes. This simple circuit design is the reason for the panel-like appearance of COB LED light (SMD light, on the other hand, appears like a collection of smaller lights).

Another aspect of the LED lights difference is in the use of energy. COB is known for better lumen-per-watt ratios and heat efficiency. This has a lot to do with the design of COB LEDs and the cooling ceramic substrate of the chips.

Before, heavy duty technology like spotlights and floodlights made with LED were non-standard, because you’d need multiple LED sources to produce that kind of high lumen output.

But now, COB chips can produce a large number of lumens with less energy. You can find it in all kinds of bulbs and applications, such as the flash of your mobile phone or point-and-shoot camera. Its range is higher with a minimum of 80 lm per watt.

GEARWRENCH introduces the Winglight and the Compact Work Light 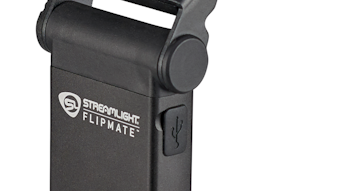 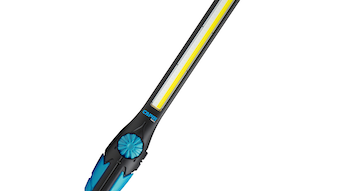 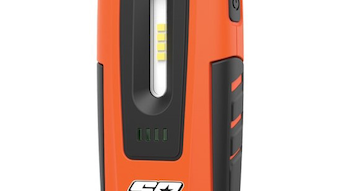 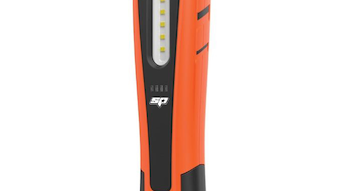 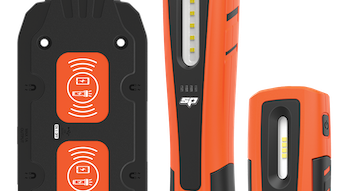 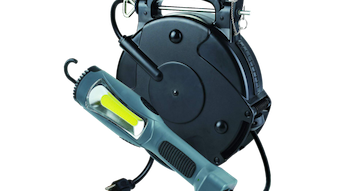 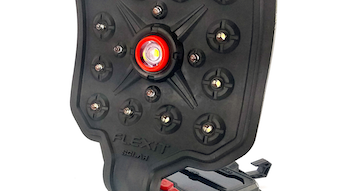 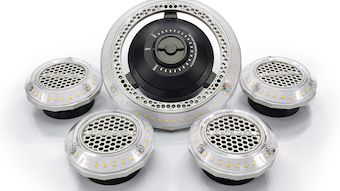 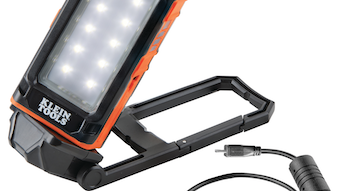 The Rechargeable Personal Worklight can stand, hook, hang, or magnetically mount wherever a professional is working.
Klein Tools Inc.
Aug 20, 2019