This basic tool is much loved at the reviewer’s shop. 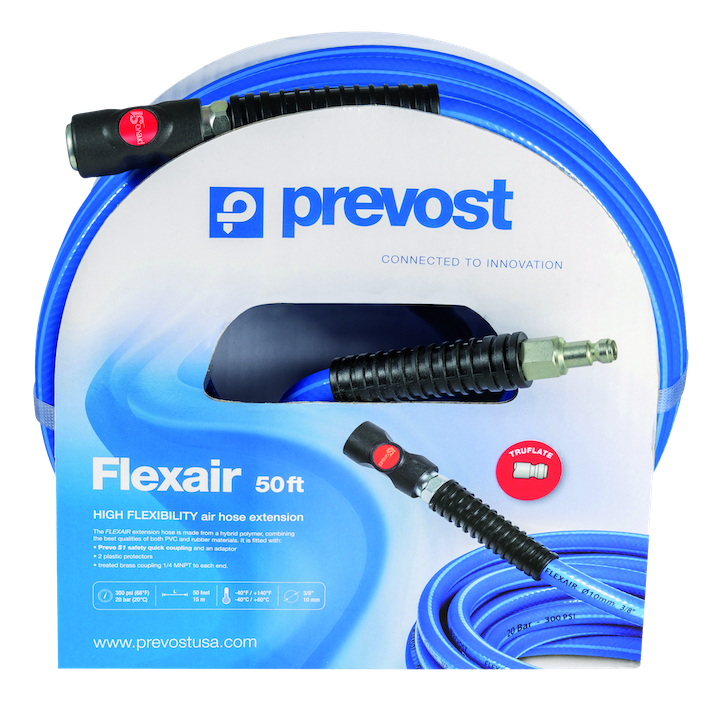 Some tools are so basic most technicians don’t give a second thought to how well they function. Take the air hose, for example. Most air hoses today take the same basic form that has been used in shops since pneumatic tools first came on the scene. And, most of them work … well enough. Matt Fanslow of Riverside Automotive in Red Wing, Minnesota, never paid attention to his shop’s air hoses. Then he tried the Prevost Flexair Hybrid Hose, and that all changed.

Fanslow says the Flexair pneumatic hose caught his attention by exceeding expectations he didn’t even know he had, in several ways.

“We’ve [always] used the conventional hose you would most often buy from parts stores and thought little of it,” he says. “Over a year or so they’d crack, break, bulge, get very dirty, et cetera. We’ve had the Prevost [hoses] for a few months now. No signs of cracking or bulging; very easy to clean; they also lay nicely ... they don’t kink or loop up while dragging around a vehicle.”

Fanslow says he appreciates that the hoses are soft, meaning they lay flat on the floor without creating a tripping hazard. He also notes that being easy to clean is a very important factor; he is often frustrated with older air hoses that collect dirt, grease, and grime, and leave marks on a client’s vehicle when used in the interior.

An additional feature that Fanslow likes is the “extremely nice” fittings.

“They don’t leak,” he says. “They have push buttons on the side instead of the conventional collar you pull down to remove a pneumatic tool.”

The technicians at Riverside Automotive use the Flexair hoses for a wide variety of tasks and come away impressed with each use.

“[We use the hose for] any task requiring the use of pneumatic tools or the ability to use directed air under high pressure,” Fanslow says. “Adjusting air pressures in tires, removing rusted bolts that our cordless tools didn’t have the torque to remove on their own, [using] air nozzles to clear off intake plenums prior to removal, et cetera.”

The hoses came coiled in neat rolls with plastic straps and cardboard packaging. A manual was not included but is not really necessary for an air hose. Fanslow notes that some OSHA approved prevoS1 blow guns were included, and that the technicians at Riverside Automotive use them “all the time.”

Fanslow says the hoses are so well liked by his technicians that they will actually walk past a nearby older hose just to go pick up a Flexair hose without even realizing it.

This makes him wonder, “Is it weird to love … air hoses?”

The Prevost Flexair Hybrid Hose Assembly comes equipped with an ultra-flexible and tough hose, non-scratch sheath to protect equipment, high quality plug, and prevoS1 safety coupler that is available in various profiles and sizes. The lightweight, easy-to-handle hose comes fitted with a hose restrictor to help prevent kinking and bending near the connectors. Prevost guarantees the hose for one year under normal wear and tear when used with a Prevost plug. The hose is available in 1/4", 3/8", and 1/2" ID sizes, with 25', 35', 50', and 100' lengths. 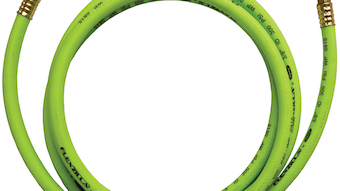 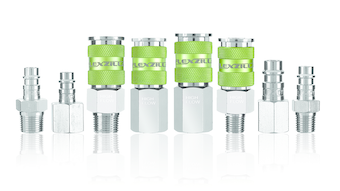 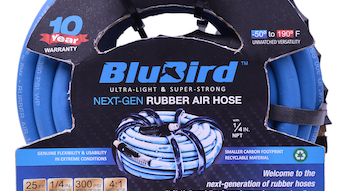 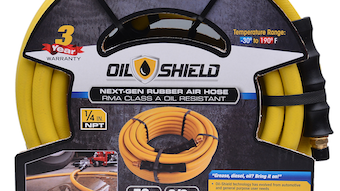 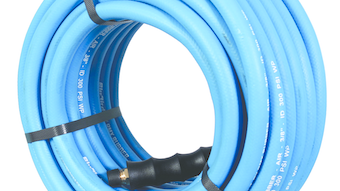 The reviewer liked how the hose remained flexible, even in cold temperatures.
Josh Smith
May 13, 2015 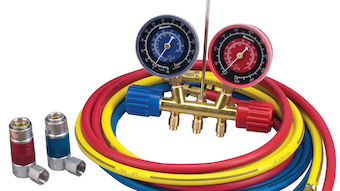 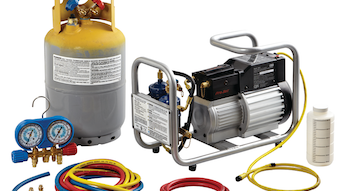 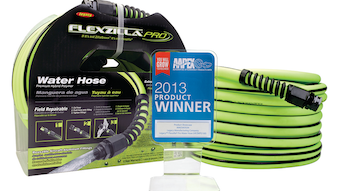 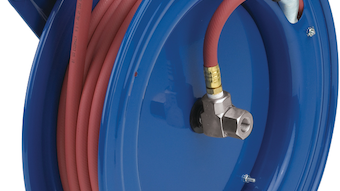