Whether it’s getting a foot in the door starting out or recovering product from a sticky-handed customer, it’s well worth it for a tool dealer to put in the time to build a relationship with shop owners and managers.

“It’s important to have a good rapport with the shop owners,” says Chris Nelson, a Mac Tools distributor in Sacramento, California. “If they’ve got your back, they’re going to point their guys when they’re new [toward purchasing from you]. And it’s not always only the shop owners. If you find a respected guy in a big shop, they’re your mouthpiece; they’re your guy that’s telling [other technicians] ‘The Mac guy’s the guy.’ You can develop that yourself without, but those guys help a lot. If everybody looks up to – Bob, or whoever, [he’s] going to send them your way.”

Being on good terms with a shop owner or manager at stops can also help when it comes to skips and thefts. Nelson recounts multiple instances in which a shop manager has helped him recover goods stolen from his truck by a customer. In one case, a shop manager came to him. In another, he reached out asking about the missing tool.

“I had a guy at a shop that took a set of sockets off my truck on a Monday during a flyer sale,” he says. “I had them all laid out perfectly, so I knew something was missing. I called the [shop’s manager], and in 15 minutes he sent me a picture back [and asked], ‘Is this what you’re looking for?’ And I said, ‘Yep.’ Those guys will help you out. If they don’t like you, they’re not going to spend their time or risk [angering] a fellow co-worker to help a guy they don’t really care about.”

Whether it’s getting a foot in the door starting out or recovering product from a sticky-handed customer, it’s well worth it for a tool dealer to put in the time to build a relationship with shop owners and managers. Of course, that will also extend to customers, since they’re the ones spending money on the truck. Mobile tool sales has a lot to do with forming positive relationships.

Sales Tip: Put the power in the technician's hand

Sales Tip: Planning and time management will save the day

Proper logical planning and thoughtful execution will help you save the day.
Alan Sipe
Jan 10, 2020 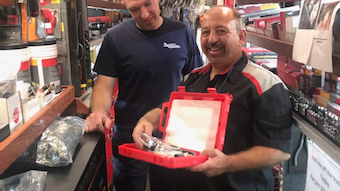 Sales Tip: Get on someone's good side

It can be the shop owner, a manager, or a technician that the others look up to. Whatever the case, it pays to get on their good side early on.
David Brierley
Dec 11, 2019
Training, Sales & Marketing

Sales Tip: It pays to enter the shop

Sometimes, it pays to get off the truck, enter the shop, and engage the technicians.
David Brierley
Dec 4, 2019
Training, Sales & Marketing

Sales Tip: Be the competition

The right attitude can separate one dealer from the rest in a saturated market.
Sara Scullin
Dec 4, 2019 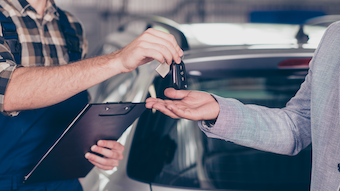 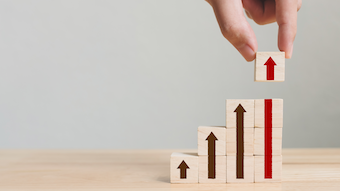 If your sales life was that easy everyone would be doing it.
Alan Sipe
Dec 2, 2019
Training, Sales & Marketing

Stopping at a location that is outside of your normal routine could unearth untapped sales opportunities.
Sara Scullin
Nov 26, 2019
Training, Sales & Marketing

Sales Tip: Hype it up

Are you emailing your brochures and promotions to your customers?
Alan Sipe
Nov 15, 2019
Training, Sales & Marketing

Taking five minutes after each stop to write up your post call notes will help you plan your next sales call to that location.
Alan Sipe
Nov 1, 2019