Cornwell Tools Dealer Jim West of Muncie, Indiana has been selling tools for more than twenty-five years and has been with Cornwell Tools for six years.
Jim West

Cornwell Tools Dealer Jim West began his career selling tools in the early Nineties and has been with the Cornwell flag for six years. He’s had his tool truck, a 2016 24’ Peterbilt 337, for two years. West purchased the truck used from another dealer who was leaving the business. West is an advocate of a newer model truck, which he says allows him to “just drive and sell tools.”

“When I first started in 2014 I was really conservative,” says the Cornwell Tools dealer. “I got a heck of a deal on my old 2001 GMC W5500 with an 18’ box, but all I did was work on it. Downtime costs money, repairs cost money, and then you’re not servicing your customers.”

After the GMC West upgraded to a 2001 Freightliner MT55. Once again he found himself spending time under the hood. Now, he says, all he does is “go out and service customers.”

West’s route in the small town of Muncie, Indiana has been a good fit for this experienced, high-energy tool man. “They’re just tool buyin’ people!,” West says of his community. “I’m pretty fortunate that the other two flags (in the area) don’t like to take care of their customers. I give them 110 percent the best service I can and they buy from me. It’s a lot of work and hours; I get so many text message and calls a day it can be tough to get them returned.”

Herr Display Vans built the 24’ Peterbilt 337 with rolling removable shelving, which gives West the opportunity to change up his display frequently or place tool storage anywhere in the truck. “It’s really handy,” he says. “I can put as big a toolbox in there as they make. I could fit three of the large Cornwell boxes they make if I wanted to.”

West appreciates his computer is out of the way in his workspace, which is located towards the front of the vehicle behind the driver’s seat. He likes that he can pay close attention to everybody coming and going on the truck.

A newer model is certainly a benefit, but in his latest truck purchase West was also going for something bigger. “You have to carry a large amt of inventory to service your customers,” he says. And he does carry a lot of tools. He’s not one to lay wrenches flat in a catalog-ready display.

“I’m a believer in the saying, ‘It’s not a tool truck if you don’t have things stacked.’ I keep tools everywhere. My customers know I have a large amount of inventory. I also believe nobody but you should stock your truck. You should know where everything is located … know where the products are when someone asks you for something. Know the price of 80-85 percent of the products on your truck. Help [customers] be successful so you’re successful. Know what your product is, how much it is, where to get it.” 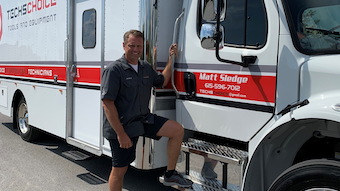 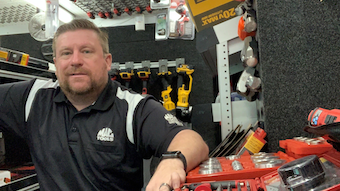 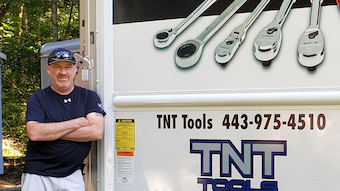 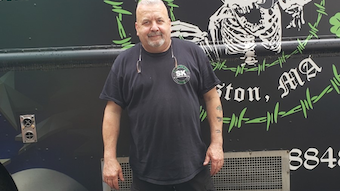 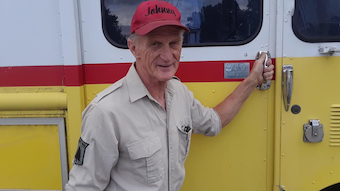 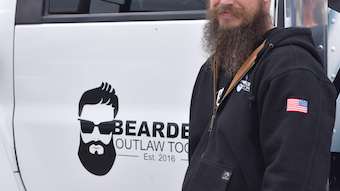 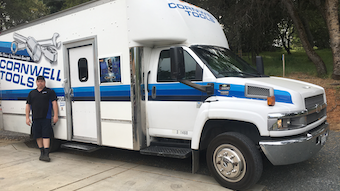 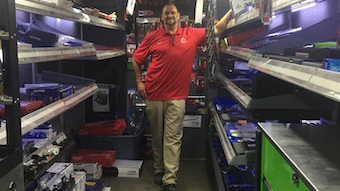 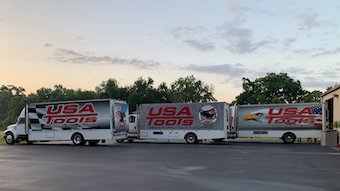 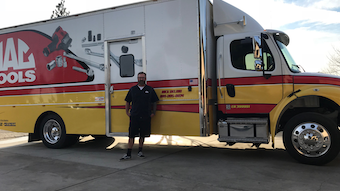